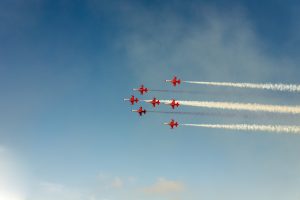 When I first applied for my role at Hill Start International, it was because I’d read in the job description that it would involve learning in 6 months what most people would learn in 2 years. So far, Hill Start has lived up to this expectation and then some.

Now at the end of week 3, I’ve made more phone calls in my time here than I think I have in my entire life – no, literally. Being thrown into the deep end has really allowed me to try to rise to a challenge and is having a very positive impact on my self confidence in general. Besides making heaps of phone calls I’ve learned how to and not to create and maintain a database properly, I’ve learned about marketing systems such as Hubspot and Salesforce, I’ve conducted interviews with people that have a heap more experience than myself and most importantly I’ve been given a snapshot of what can be achieved in a short space of time with the right attitude and a clear goal.

At the end of 3 weeks, I’m now looking forward to my next 3 weeks where I hope to start bringing in business to the company and further improve my research and phone skills. 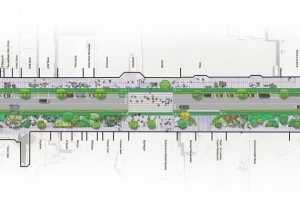 Geelong residents travelling through the city may be wondering what is happening in Malop street as construction on “The Green Spine” begins.

The Green Spine project will deliver more trees and green spaces to the city, it will transform Geelong into a more attractive and inviting place. It will offer a unique attraction as there’ll be nothing else like it in Australia.

The Green Spine is a plan based on a vision for the street as a ‘Botanic Walk’. The walk will include a mix of native and exotic plantings and new seating options for people to sit, eat and relax. Also, one way separated bike lanes will feature on both sides of the street to make it safer for those exploring the area or commuting by bicycles.

The plan for the initial stages of the Green Spine has been prepared as part of the Malop to Myers Street Revitalisation Project. Funding of $8 million for stage 1 has been contributed by the Department of Environment, Land, Water and Planning, the City of Greater Geelong and Regional Development Victoria. 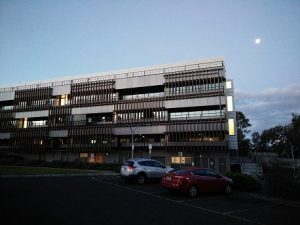 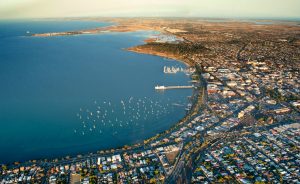 Avalon Airport is Flying Made Easy, aimed at offering passengers a convenient, uncomplicated and time-efficient service through pocket-friendly fares.

A new industrial area means It may be a whole lot more in the future! Work has just commenced on building a 35,000-square meter Cotton On distribution centre that will be able to deliver 100 million items annually by late next year (2018). This centre will provide 200 local jobs with the company, followed by 750 jobs during the construction phase and an ­expected 1100 indirect jobs ­beyond that.

This is just the beginning of a massive process aimed to lure in major businesses to the industrial area. The aim is to turn Avalon Airport into an industrial-mini city.

Cotton On is the first business to build on the site but there will be many more to follow in the future.

It has the potential to be an absolute game changer for Geelong and create tens of thousands of local jobs.

Business confidence in Geelong is continuing to grow from strength to strength.  Due to exceptional growth in Geelong many businesses have high optimism for jobs being created in a number of key industries.

In fact, almost half of the businesses surveyed in the annual Geelong Business Trends Deakin survey expect to hire more staff in 2017. A huge 77% of businesses in Geelong also anticipate a rise in profits for the current financial year.

The manufacturing industry which has been the backbone of Geelong’s economy for more than a century has suffered some major blows recently. However, Geelong is reinventing itself and focusing on more niche markets that will drive the market forward.

There are a wide range of exciting economic development pillar projects about to commence in the area. Many are large priority projects that will boost the economy in the area.

A good example of just one priority project is the Waterfront Geelong – Safe Harbour Precinct. This project will deliver new visitor economy revenues and jobs and activate a minimum of $16 million in non-government investment in future stages including further marina upgrades, expansion and retail development.

Businesses are excited to work with the new government (after a recent change) to ensure the continued growth of the city.

It’s reported that across New Zealand there is a construction boom taking place, with exceptional growth across numerous metropolitan centres. 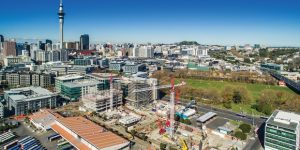 This is seen to be the result of several key factors including population growth and long term inactivity in the (commercial) construction sector leading to a backlog of projects being activated simultaneously.

It seems skilled construction professionals are also very much in demand.

For example, we are recruiting for a National Construction Project Manager to take full responsibility for construction projects across New Zealand in a highly profitable niche market.

“Design engineers, rail engineer, project engineers and drafters are predicted to be in strong demand due to the number of major highway and rail infrastructure projects around NSW, Victoria, and the ACT in the first quarter of 2016”. 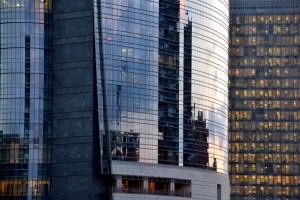 It’s no secret that construction in Victoria has boomed for the last few years, driven primarily by the continuing demand for large scale residential developments. Having generated exceptional opportunities across the education, housing and industrial construction sectors Victoria is continuing to offer sustained growth and subsequently a wealth of business development opportunities that can be identified and secured both now and for the future.

A unique and challenging role has just been created for a dynamic and customer-centric business development professional to take over full responsibility for all new and existing business relationships in Victoria.

Our client has delivered exceptional growth over the last 4 years, recently relocating to a substantially larger and more prestigious head office. Thanks to ongoing growth they have recently hired a team for Queensland and also attracted an exceptionally talented, senior lighting executive to assist with opportunities. With a dedicated internal support function the successful person will be able to hand over the majority of quoting and administration work to a centralised team. That will leave you more time to focus on what you do best. Establishing and developing relationships with existing and prospective clients.

The role will cover the whole of Victoria, with Melbourne as the obvious focal point and will involve scheduling and conducting meetings with clients, who are primarily electrical contractors, to identify and secure opportunities to quote for lighting. Our client uses all of the up to date tools you would expect to enable improved identification and management of sales opportunities.

Because of their exceptional client relationships, quality quoting systems and documentation as well as dedicated logistics and support team, our client has gained trusted, long-term supplier relationships with clients and wins many of the opportunities they quote for.

This exceptional career opportunity would appeal to someone who can demonstrate;

If you are looking for a truly once in a lifetime, long-term career opportunity as part of a talented and passionate team, this role offers superb potential. A negotiable remuneration package to attract the best is being offered (including genuine $130,000 OTE package, depending on experience, plus company car and achievable $200,000 within the first 2 years) as well as long term career growth to ensure future development.

We have been exclusively retained to manage this recruitment process. 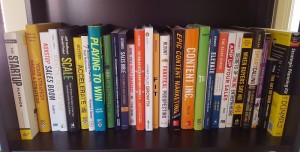 Like you I am always looking to improve my skills. Most of my work involves sales, marketing and corporate strategy, as well as detailed awareness of what is happening in the market for each of the specialist disciplines for which I recruit. It is fundamentally important that I am able to offer quality business advice to clients based on a deep understanding of their situation and requirements.

A lot of the most up to date information I find to ensure I am ahead of the game and can identify trends and opportunities in recruitment, sales and marketing comes from a vast number of website blogs and channels, to which I subscribe.

However as often as possible I like to get a new perspective or take a deep dive into a subject and that can often be achieved in the contents of a book. Consequently, I try and read as much as possible (one or two books per month, sometimes more, sometimes less) usually depending on how much free or flight time I have!

2015 has been a good year for reading. So much so that I have had to relocate and consolidate my books from the last year onto a new bookshelf, which you can see above. The one thing to mention is that several of these books are brand new and have not been read yet (e.g the Jack Daly Hyper Sales Growth and Fanatical Prospecting by Jeb Blount, although I am half way through FIT by Warren Kennaugh, bought at the same time!).

I am always keen to hear of new and recommended books, if you have any. Feel free to get in touch also if you would like my recommendations for the year and which books I have found the most beneficial.